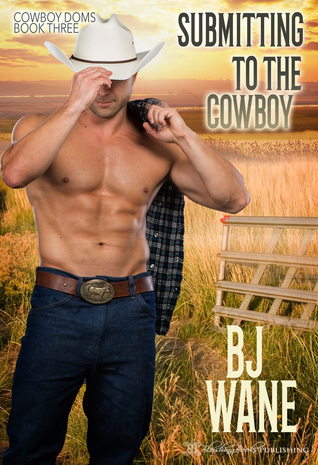 Tamara Barton had lusted after Connor Dunbar ever since she was old enough to know what those stirrings meant whenever he was near. Connor’s refusal to see her as anything but the young girl he’d befriended and protected for years soon drives them apart, but not before she catches an up-close, personal glimpse of him exerting the dominant control she’d heard rumors about.

Connor regretted the harsh words he’d spoken to Tamara when he caught her spying on him as much as his lustful response to the look of need reflected on her face. He’d been looking after the neighbor girl since the moment he saw her falling off her first horse at the age of ten and didn’t plan on stopping now that she was a grown woman who thought she wanted their relationship to go in a different direction. He knew his sexual proclivities were not for the young, sweet kid he was so fond of, and wouldn’t jeopardize their special bond by giving in to her desires.

This is book three in the Cowboy Doms series but reads as a standalone.

Publisher’s Note: This contemporary western romance contains elements of mystery, suspense, adult themes, power exchange and sensual scenes. If any of these offend you, please do not purchase.

Tamara pivoted, her eyes widening as none other than the object of her obsession for the last twenty years entered with a loose-limbed stride that never failed to draw women’s attention, including her own. Connor Dunbar looked the same at thirty-eight as he had five years ago; ruggedly handsome with sun-streaked, dark brown hair worn long enough to pull back in a short ponytail, his jaw covered with scruffy whiskers a shade darker than his hair that was sexy as hell.

“Tam?” Surprise colored his voice as those incredible eyes landed on her frozen stance.

The slow stretch of his chiseled lips hit her with a gut-wrenching sucker punch as warmth encircled her heart. No, no, no, she lamented, resisting the urge to turn and bang her head against the wall. That reaction would not do. She’d stayed away so long to get over him, praying with endless regularity for a much less potent response when seeing him again. Disappointment swamped her upon learning those pleas had gone unanswered. Given she’d returned to put this ridiculous, one-sided infatuation to bed once and for all, her response didn’t bode well for achieving that goal anytime soon. I can do this, remain professional and do my job, she lectured herself. Easy. Piece of cake. And then a blue flame of pleasure lit up his eyes as he strode toward her, shredding her resolve in less time than it took to come up with it.

“I heard you were back, maybe for good.” Gripping her shoulders with his large, calloused hands, he pulled her close for a bear hug she knew meant nothing more than an old friend greeting another. “It’s damn good to see you, sweetie.”

Tamara stiffened, the endearment a reminder he would never consider her anything more than a friend. Pulling back from the comfort of his muscled body, she cast a quick glance down at the list of appointments and saw what she hadn’t had time to check. He was her first patient. Dismay changed to sudden concern, overruling her silent objection as the meaning of that sunk in.

“What happened? Were you injured?”

Connor looked puzzled and then his face cleared with a rueful twist of his lips. Rotating his left shoulder, he nodded to the computer. “It’s in my file, I’m sure. Gunshot wound several weeks back, followed by surgery to repair some damaged tendons. I believe it’s your job to help me gain as much strength back as possible.”

Shot? Tamara pulled back from the urge to sink onto the desk chair before her wobbly legs took the choice from her. Instead, locking her knees, she reminded herself of her job. Given her reaction to seeing him again was as strong as always, she wasn’t happy about having to put her hands on him or with being subjected to his close presence for a few weeks. It is what it is, so get over it already. She’d been repeating that phrase for a long time and it looked like she would continue to do so.

I live in the Midwest with my husband and our dog, a lovable Great Pyrenees/Standard Poodle. I love dogs, enjoy spending time with my daughter, babysitting dogs and kids, reading and working puzzles. We have traveled extensively throughout the states, Canada and just once overseas, but I now prefer being a homebody. I worked for a while writing articles for a local magazine but soon found my interest in writing for myself peaking. My first book was strictly spanking erotica, but I slowly evolved to writing erotic spanking romance with a touch of suspense. My favorite genre to read is suspense. 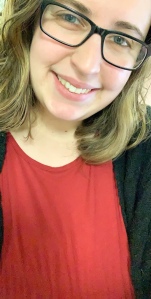 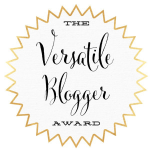