Hello all and a happy Friday to you! We made it to the weekend. Congrats!! I hope you all had a great week.

Welcome to week 5 of the Down the TBR Hole meme. I really enjoy cleaning up my Goodreads TBR, although I add so many throughout the week. Will I ever get through all of them? Probably not, but that’s okay! My goal with this weekly post (on Friday for me) to help me reduce the number of books in my TBR not only on Goodreads, but the books that I have at home as well. The Down the TBR Hole meme was originally created by Lost in a Story.

Here is how it works:

➽ Read the synopsis of the books

➽ Decide: keep it or let it go?

Torn between duty and survival, nothing can be the same. Everything Ivy Morgan thought she knew has been turned on its head. After being betrayed and then nearly killed by the Prince of the Fae, she’s left bruised and devastated—and with an earth-shattering secret that she must keep at all costs. And if the Order finds out her secret, they’ll kill her. Then there’s Ren Owens, the sexy, tattooed Elite member of the Order who has been sharing Ivy’s bed and claiming her heart. Their chemistry is smoking hot, but Ivy knows that Ren has always valued his duty to the Order above all else—he could never touch her if he knew the truth. That is, if he let her live at all. Yet how can she live with herself if she lies to him? But as the Fae Prince begins to close in, intent on permanently opening the gates to the Otherworld, Ivy is running out of options. If she doesn’t figure out who she can trust—and fast—it’s not only her heart that will be torn apart, but civilization itself.

My Decision? Considering I have not read book one I can not read this one. Let it go.. for now!

Dez wasn’t just Jasmine’s crush. A gargoyle Warden like Jas, he helped her come to terms with her destiny—fending off demons and maintaining the balance between good and evil. He was her everything…right until the moment he disappeared without a trace. It didn’t help that Jas’s father had just announced that she and Dez would one day be mated. Hard not to take that personally. And now he’s back, three years older, ten times hotter, ready to pick up exactly where they left off. But Jas isn’t taking that risk again. Dez has seven days to meet all her conditions and earn back her trust. Seven days filled with terrifying danger and sweet temptation. Seven days to win her heart—or shatter it all over again…

My Decision? On the fence with this one, for now I will Keep It!

Ivy Morgan hasn’t been feeling like herself lately. Not like anyone can blame her. After all, being held captive by a psychotic fae prince hell-bent on permanently opening the gates to the Otherworld is bound to leave some mental scars. It’s more than that, though. Something dark and insidious is spreading throughout Ivy, more powerful than she could ever imagine… and it’s coming between her and the man she’s fallen deeply in love with, elite Order member Ren Owens. Ren would do anything to keep Ivy safe. Anything. But when he makes a life altering choice for her, the fallout of his act has far reaching consequences that threaten to tear their lives apart. If Ivy is going to have any hope of surviving this, she must put aside the hurt and betrayal she feels, and work with not only those she loves, but with an enemy she would rather kill than ever trust. War is coming, and it soon becomes clear that what Ivy and Ren thought they knew about the Order, themselves, and even their enemies, has been nothing but a cluster of dangerous, deadly lies. Ivy knows she must be more than just brave to save those she loves–and, ultimately, to save herself. Because behind every evil fae Prince, there’s a Queen….

My Decision?
Again, considering I have not read book one I can not read this one.
Let it go.. for now!

Till Death by Jennifer L. Armentrout:

In New York Times bestselling author Jennifer L. Armentrout’s gripping new novel, a young woman comes home to reclaim her life—even as a murderer plots to end it. . . It’s been ten years since Sasha Keaton left her West Virginia hometown . . . since she escaped the twisted serial killer known as the Groom. Returning to help run her family inn means being whole again, except for one missing piece. The piece that falls into place when Sasha’s threatened—and FBI agent Cole Landis vows to protect her the way he couldn’t a decade ago. First one woman disappears; then another, and all the while, disturbing calling cards are left for the sole survivor of the Groom’s reign of terror. Cole’s never forgiven himself for not being there when Sasha was taken, but he intends to make up for it now . . . because under the quirky sexiness Cole first fell for is a steely strength that only makes him love Sasha more. But someone is watching. Waiting. And Sasha’s first mistake could be her last.

With any great change, there is always strife, and the Covenant University has become the frontline between pure-bloods who want the Breed Order reinstated and the half-bloods who want the right to control their own destinies. Fate has other plans. The violence is escalating and war between the races seems inevitable, and it couldn’t come at a worse time. Hyperion may be out of commission, but Josie and Seth know they have only earned a reprieve.  Seth must get Josie fully prepared, which means controlling her newfound abilities, and they need to find the other demigods before the Titans do. But the gods are sensing a greater threat. Only one thing is more dangerous than a bunch of starved Titans, and that’s an out-of-control Apollyon. The aether in Josie is drawing Seth in deeper, and when lust mixes with love and gives way to power, he knows being close to her is not only dangerous to her, but to everyone around them, but letting her go requires a level of selflessness that just isn’t Seth’s style. The paths taken in the past are becoming the roads of the future. Just as chaos breaks out, familiar faces from the past return, complicating the already strained bond between Josie and Seth, and when the danger from the Titans erupts with devastating consequences, the dark allure of power calls to Seth again, but this time Josie might not be able to pull him back. And when the struggle between power and love becomes the deadliest battleground, there may be no salvation.

My Decision?
Considering I have not read book one I can not read this one. Let it go.. for now! 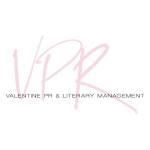