Some bad girls need a firm hand to keep them in line.

Two older men who can teach me a lesson when I misbehave.

Two hot bodies to keep me warm in bed at night.

Carrie Wells is nothing but trouble.

She’s wild and difficult. Not worth anyone’s time.

I thought life was difficult enough when I fell for the girl, but it gets a whole lot harder when Jack comes home early and finds a beautiful stranger causing chaos in his house.

And a whole lot harder still when he falls for her too.

He’s the one guy on this planet I’d share my last supper with. I’d share it gladly.

I’m just not so sure how I feel about sharing Carrie Wells.

Dirty Daddies is my first read by Jade West and it wasn’t a bad one. I honestly enjoyed it and read it in one sitting. In this book, we follow Carrie, Mike, and Jack. Carrie is a young (18) girl who has major behavioral issues and because of that is bounced around from foster home to foster home. Mike is a sweet and caring caseworker who has been working with Carrie for 5 months trying to make a positive impact or change with Carrie as he wants the absolute best for her. As for Jack, he is Mike’s oldest and best friend. He is there to try and help Mike understand that he has done everything that he can to help Carrie.

Overall the story was good, and I really liked all three of our main characters. Each of them brought a different thing to the table and it was a great mix with all three of them. Carrie presents herself as this tough but it’s really the opposite. She needs structure and discipline, but no one has been able to give that to her. Like the title of this book, you guessed it this is a dirty read. And boy did I enjoy it 🤷🏻‍♀️. I thought the sexy parts were just the right amount for this book. If you know me, you know I’m always up for a good taboo and even problematic (what can I say? lol) romance reads. But there were many parts in the book where I thought it was just too problematic. In the beginning, Mike and Jack say multiple times that they won’t do anything with her because it’s unethical and outright wrong and then a few chapters later they say screw it (literally) and go for it. I would have been fine with it if they had the want and care to just go for it without caring about it ethically. Maybe that makes me sound like a bad person, but that’s just how I feel. Also, there’s a point in this book where everything just magically was all better with the snap of your fingers. Where earlier in the book that wasn’t the case. Everything was just a little too over the top for my liking. I am sort of torn on how to rate this book. I liked it, but I wish some things were a little different.

Jade has increasingly little to say about herself as time goes on, other than the fact she is an author, but she’s plenty happy with this. Living in imaginary realities and having a legitimate excuse for it is really all she’s ever wanted. Jade is as dirty as you’d expect from her novels, and talking smut makes her smile. She lives in the Powys countryside with a couple of hounds and a guy who’s able to cope with her inherent weirdness. She has a zebra print living room, and fights a constant battle with her addiction to Coca-Cola. 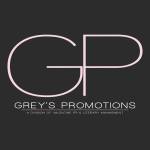